Ascension PCA Podcast Judges A Son is Given

A Son is Given 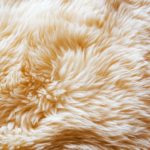 Ascension PCA
A Son is Given

12:1 The men of Ephraim were called to arms, and they crossed to Zaphon and said to Jephthah, “Why did you cross over to fight against the Ammonites and did not call us to go with you? We will burn your house over you with fire.” 2 And Jephthah said to them, “I and my people had a great dispute with the Ammonites, and when I called you, you did not save me from their hand. 3 And when I saw that you would not save me, I took my life in my hand and crossed over against the Ammonites, and the LORD gave them into my hand. Why then have you come up to me this day to fight against me?” 4 Then Jephthah gathered all the men of Gilead and fought with Ephraim. And the men of Gilead struck Ephraim, because they said, “You are fugitives of Ephraim, you Gileadites, in the midst of Ephraim and Manasseh.” 5 And the Gileadites captured the fords of the Jordan against the Ephraimites. And when any of the fugitives of Ephraim said, “Let me go over,” the men of Gilead said to him, “Are you an Ephraimite?” When he said, “No,” 6 they said to him, “Then say Shibboleth,” and he said, “Sibboleth,” for he could not pronounce it right. Then they seized him and slaughtered him at the fords of the Jordan. At that time 42,000 of the Ephraimites fell.

7 Jephthah judged Israel six years. Then Jephthah the Gileadite died and was buried in his city in Gilead.

13:1 And the people of Israel again did what was evil in the sight of the LORD, so the LORD gave them into the hand of the Philistines for forty years.

8 Then Manoah prayed to the LORD and said, “O Lord, please let the man of God whom you sent come again to us and teach us what we are to do with the child who will be born.” 9 And God listened to the voice of Manoah, and the angel of God came again to the woman as she sat in the field. But Manoah her husband was not with her. 10 So the woman ran quickly and told her husband, “Behold, the man who came to me the other day has appeared to me.” 11 And Manoah arose and went after his wife and came to the man and said to him, “Are you the man who spoke to this woman?” And he said, “I am.” 12 And Manoah said, “Now when your words come true, what is to be the child’s manner of life, and what is his mission?” 13 And the angel of the LORD said to Manoah, “Of all that I said to the woman let her be careful. 14 She may not eat of anything that comes from the vine, neither let her drink wine or strong drink, or eat any unclean thing. All that I commanded her let her observe.”

21 The angel of the LORD appeared no more to Manoah and to his wife. Then Manoah knew that he was the angel of the LORD. 22 And Manoah said to his wife, “We shall surely die, for we have seen God.” 23 But his wife said to him, “If the LORD had meant to kill us, he would not have accepted a burnt offering and a grain offering at our hands, or shown us all these things, or now announced to us such things as these.” 24 And the woman bore a son and called his name Samson. And the young man grew, and the LORD blessed him. 25 And the Spirit of the LORD began to stir him in Mahaneh-dan, between Zorah and Eshtaol.