Ascension PCA Podcast Daniel No Other God is Able

No Other God is Able 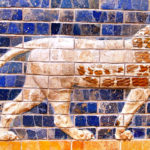 Ascension PCA
No Other God is Able

8 Therefore at that time certain Chaldeans came forward and maliciously accused the Jews. 9 They declared to King Nebuchadnezzar, “O king, live forever! 10 You, O king, have made a decree, that every man who hears the sound of the horn, pipe, lyre, trigon, harp, bagpipe, and every kind of music, shall fall down and worship the golden image. 11 And whoever does not fall down and worship shall be cast into a burning fiery furnace. 12 There are certain Jews whom you have appointed over the affairs of the province of Babylon: Shadrach, Meshach, and Abednego. These men, O king, pay no attention to you; they do not serve your gods or worship the golden image that you have set up.”

13 Then Nebuchadnezzar in furious rage commanded that Shadrach, Meshach, and Abednego be brought. So they brought these men before the king. 14 Nebuchadnezzar answered and said to them, “Is it true, O Shadrach, Meshach, and Abednego, that you do not serve my gods or worship the golden image that I have set up? 15 Now if you are ready when you hear the sound of the horn, pipe, lyre, trigon, harp, bagpipe, and every kind of music, to fall down and worship the image that I have made, well and good. But if you do not worship, you shall immediately be cast into a burning fiery furnace. And who is the god who will deliver you out of my hands?”

16 Shadrach, Meshach, and Abednego answered and said to the king, “O Nebuchadnezzar, we have no need to answer you in this matter. 17 If this be so, our God whom we serve is able to deliver us from the burning fiery furnace, and he will deliver us out of your hand, O king. 18 But if not, be it known to you, O king, that we will not serve your gods or worship the golden image that you have set up.”

24 Then King Nebuchadnezzar was astonished and rose up in haste. He declared to his counselors, “Did we not cast three men bound into the fire?” They answered and said to the king, “True, O king.” 25 He answered and said, “But I see four men unbound, walking in the midst of the fire, and they are not hurt; and the appearance of the fourth is like a son of the gods.”

4:1 King Nebuchadnezzar to all peoples, nations, and languages, that dwell in all the earth: Peace be multiplied to you! 2 It has seemed good to me to show the signs and wonders that the Most High God has done for me.

3   How great are his signs,
how mighty his wonders!
His kingdom is an everlasting kingdom,
and his dominion endures from generation to generation.